“I’m not an expert on terrorism, but I’ve studied fear for over fifteen years, and here’s what I can tell you: Terrorism is time-released fear. The ultimate goal of both global and domestic terrorism is to conduct strikes that embed fear so deeply in the heart of a community that fear becomes a way of life. This unconscious way of living then fuels so much anger and blame that people start to turn on one another. Terrorism is most effective when we allow fear to take root in our culture. Then it’s only a matter of time before we become fractured, isolated, and driven by our perceptions of scarcity.”
–Brene Brown

Donald Trump and those who support him(those in office doing nothing) are Terrorists and are tacitly agreeing to acts of terrorism. Now that we are aware of this, we, as a people, can move toward restoration and resiliency.
–me 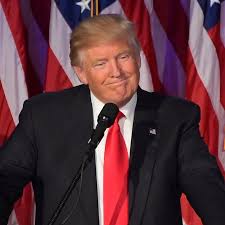 I cannot be in a city using my voice in protest of such a disgraceful example of a human being, put forth to represent me as leader of my country. So, I shall let my voice be heard here.

“Every decision I make will either lead me towards comfort, or growth.”