“The body is the tree of enlightenment,
The mind like a clear mirror stand;
Time and again wipe it diligently,
Don’t let it gather dust.”
– Shenxiu 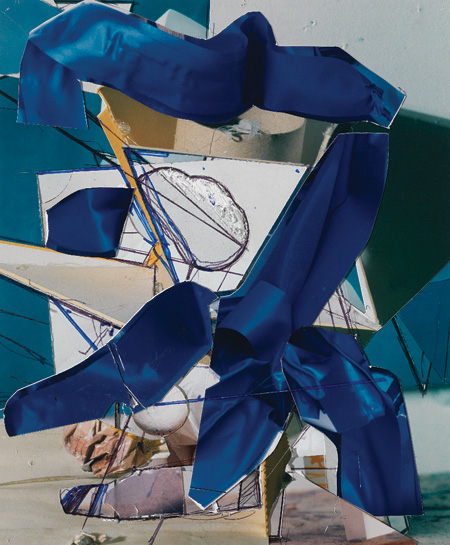 “Enlightenment is basically not a tree,
And the clear mirror is not a stand.
Fundamentally there is not a single thing –
Where can dust collect?”
– Huineng

“Some people fear seeing or feeling anything about which there is no general agreement. For others, it is thrilling to be aware of innuendo, shading, complexity. For those who do not wish to step away from consensus, the creative is useless at best; at worst, it is dangerous. But for those who are intrigued by the multiplicity of reality and the unique possibilities of their own vision, the creative is the path they must pursue.”
– Deena Metzger

“In one creative thought, a thousand forgotten nights of love revive,
filling it with sublimity and exaltation.
And those who come together in the night and are
entwined in rocking delight do an earnest work and gather sweetness,
gather depth and strength for the song of some coming poet,
who will arise to speak of ecstasies beyond telling.”
– Rainer Maria Rilke

In order for us to maintain our way of living, we must, in a broad sense, tell lies to each other, and especially to ourselves. It is not necessary that the lies be particularly believable. The lies act as barriers to truth. These barriers to truth are necessary because without them many deplorable acts would become impossibilities. Truth must at all costs be avoided. When we do allow self-evident truths to percolate past our defenses and into our consciousness, they are treated like so many hand grenades rolling across the dance floor of an improbably macabre party. We try to stay out of harm’s way, afraid they will go off, shatter our delusions, and leave us exposed to what we have done to the world and to ourselves, exposed as the hollow people we have become.”
– Derrick Jensen

“A basic part of the whole truth is to perceive the falsity of every operative idea that is really false. This is extraordinarily difficult, as our motivations are confused and twisted in a very complicated way. Many of our false ideas operate subliminally, or even subconsciously. The problem is far more difficult to understand, than, for example, the theory of relativity, so that it requires a sustained and serious effort. Yet many people expect to understand truth in five minutes.”
– David Bohm

Schizophrenia
Schizophrenia is a mental disorder that makes it difficult to tell the difference between real and unreal experiences, to think logically, to have normal emotional responses, and to behave normally in social situations.
False beliefs or thoughts that have nothing to do with reality (delusions)

Discernment
1 : the quality of being able to grasp and comprehend what is obscure : skill in discerning
2 : an act of discerning
synonyms discernment, discrimination, perception, penetration, insight, acumen mean a power to see what is not evident to the average mind. discernment stresses accuracy (as in reading character or motives or appreciating art)

When we are empowered to think, to organize and to process for self all of the inputs around us, we truly learn to think and to decide and to grow and move in directions that are truly healthy and of value to us.
Have an Awesome Day and THINK TONS!

One thought on “Empowerment is a tool. How do you know what kind of tool someone is offering to you? How do you decide what to do with it?”